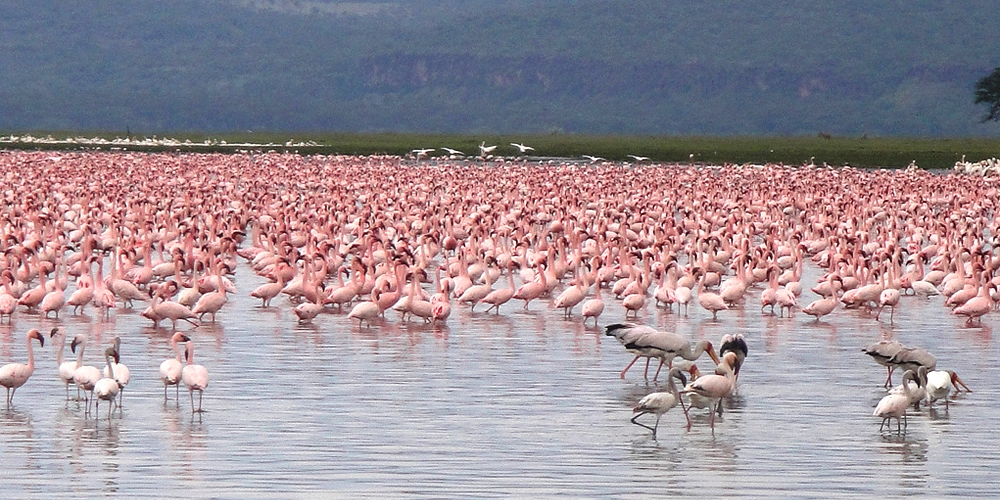 Full days of game drives, The Maasia Mara “New seventh wonder of the world” offer the most exciting game drive in Africa. Breakfast at lodge and leave with picnic lunches for full day game drives in this spectacular game reserve, all with superb photographic opportunities, Maasai Mara has a permanent population of plains game. The “big five” – elephant, buffalo, lion, leopard and rhino are quite common. Optional activities on request in the “New seventh wonder of the world” Early morning Hot Air Ballooning Safari {birds-eye view of the vast Mara)

After breakfast to Naivasha to arrive in time for lunch at Crater Lake Lodge and thereafter in the afternoon go short excursion, walking in the dear by forest with Columbus Monkey and different types of bird species.

After Breakfast proceed to Amboseli National Park that is situated at the foothills of Mount Kilimanjaro (5922 meters/19,430 ft). Amboseli is also famous for its vast herds of elephants and stunning views of Kilimanjaro Check in the lodge in time for Lunch and then afternoon game drive around the water springs from the melting snow of Mt.Kilimanjaro. All animals converge at the springs. Return at the lodge late afternoon

Depart to Tsavo West N/P after breakfast. The park’s habitats include open plains alternating with Savannah bush and semi desert scrub, acacia woodlands; rocky ridges and outcrops and more extensive ranges and isolated hills; belts of riverine vegetation; palm thickets and on the Chyulu hills, mountain forest. There are numerous rocky outcrops and ridges and part of the park, towards the Chyulu Hills, is of recent volcanic origin with lava flows and ash cones including the Shetani lava flow, an example of a recent volcano..

Go for an early morning game drive in the park before you head back to Nairobi to catch flight back home.