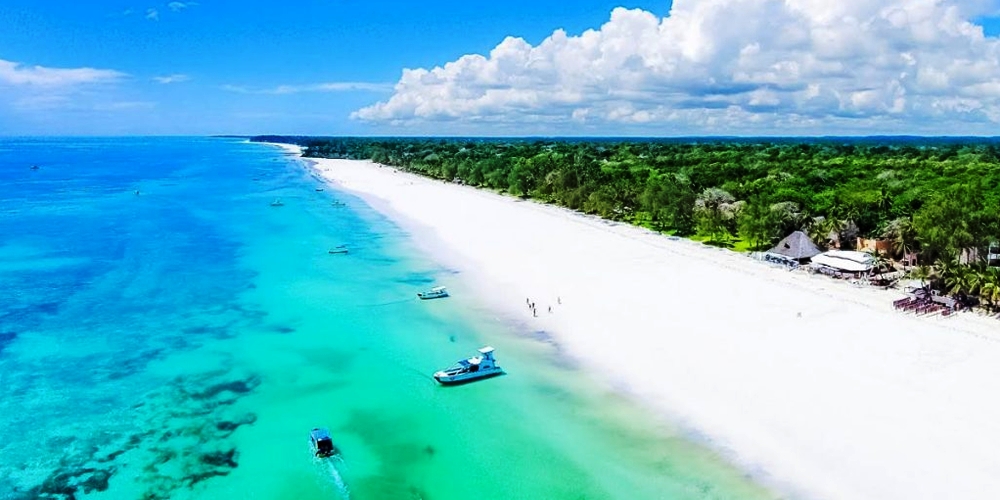 You will be met by Bechy tours and travel representative and your driver guide. Then you will be transferred to Mombasa to check in at beach hotel for dinner and overnight.

Visit mombasa town for city tours, colorful island town of Mombasa with its blend of ancient and modern buildings on the Indian Ocean is Kenya’s principal port and the country’s second largest city. A comprehensive tour of the island include the old Arab town, with its maze of narrow twisting alleys displaying the beautifully curved doors and verandahs, bazaars with curio and antique shops, the Dhow harbour still in use, a Hindu temple, a visit to the Akamba wood carvers and a drive to the bazaar for a short shopping expedition. The high light of the tour is probably the visit to Fort Jesus. Built in 1593 by the Portuguese to guard the entrance to the old Dhow harbour, it is the island’s Landmark. Four hundred years old, the port still stands and serves as a historical museum.

After breakfast you traverse the Great Rift Valley and ascend to its western rim into the Maasai land. Red-clad Maasai warriors tend their herds of cattle among the wildlife, admirably unmoved by the presence of large predators. Here we also find the Masaai giraffe.

After lunch at lodge you will have short game drive then proceed to the Maasai village to interact with Maasai community where you will be welcomed with unique Maasai cultural dance.You will also get know and learn about their fascinating culture – including a lesson on how to throw a Maasai hunting spear. There after know how they slaughter animals following the Maasia cultural beliefs.

After early breakfast drive to Watamu, to arrive in time for lunch and in the afternoon visit Gedi ruins, ancient ruined city that was mysteriously abandoned in the 13th century and slowly overgrown by jungle vegetation, but then re-discovered in this century in Malindi.Then after that visit watamu marine park, it is the finest Marine National Park in Kenya. The coral gardens are merely 300 metres from the shore and are home to a vast number of fish (over 600 species) and other weird and wonderful sea-creatures.

After breakfast visit Malindi town for the excursions Malindi holds a lot of history. Its scenic beauty and clean white beaches makes it one of the most visited towns. The Swahili people are the predominant culture found in Malindi.

Malindi was made famous after Vasco da Gama’s stopover in 1498. In Malindi, you will see narrow alleys in the old part of town where the old houses have been lived in for centuries. One of the oldest East African churches still stands strong; the Church of St. Francis Xavier still stands strong across from Vasco da Gama’s pillar, where he carved the Christian cross. Also extant is the Juma’a mosque, which was misused as a haven for slave trading until mid 1870’s.