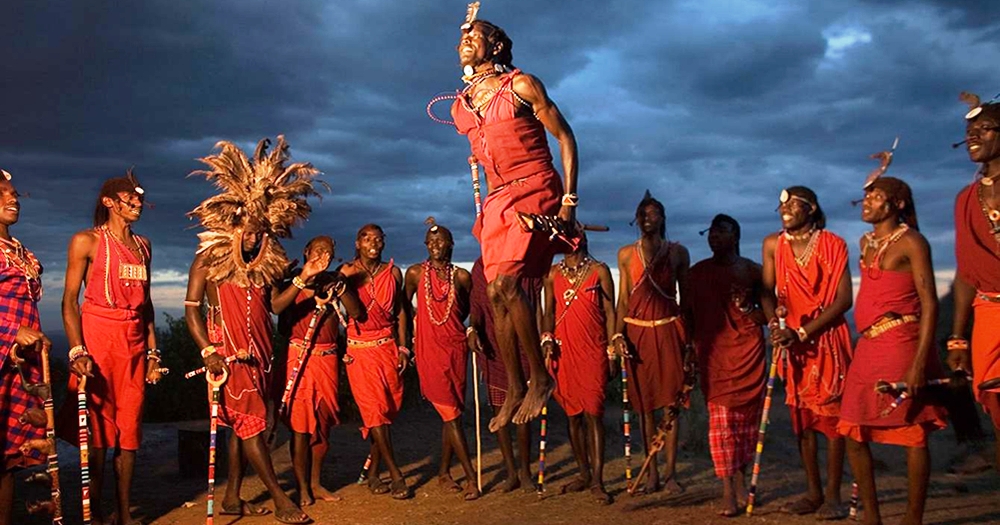 Kenya has a culture born of countless sources. This region has been crossed by the paths of a long and complex history. From the prehistoric records of early man to the present day, Kenya has been a land of unending change, contrasts and diversity. The early tribal states saw cycles of migration and shifting power, with Kenya as a meeting place for peoples from the plain lands of the south, the forests of the West and the deserts of the North.

The sea brought influences from the outside world, and the passage of the spice trade created the unique coastal culture, where lines between Africa and Arabia blurred. The open coast brought European influences into this world of change and began a turbulent struggle for control whose exotic history lingers today.

The Maasai have come to represent Africa at its most primal, a fiercely independent tribe of legendary courage who sternly shun the modern world in favour of traditional rites and customs. Samburu culture Although less well known than their Southerly Maasai relations, with whom they share a language, the Samburu have an equally intricate and fascinating culture.
coastal culture in lamu, Malindi.

Kenya – Adventurer’s Paradise
Kenya has long been known as an adventurer’s paradise. This is a land of endless opportunity for the active traveler, a country rich with possibilities for adventure and discovery. With over 42 tribes, Kenya is truly a country with diverse people and culture. The most dominant and popular being the nomadic people: